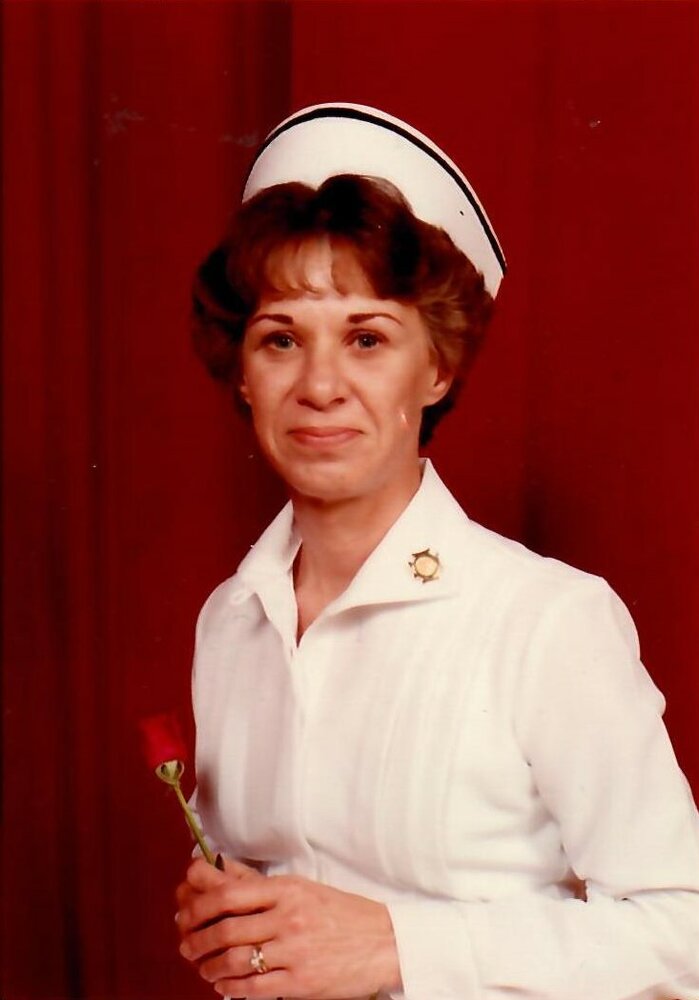 Please share a memory of Judith to include in a keepsake book for family and friends.
View Tribute Book

Judith Ann Maloney (DeRusso) passed away on August 5th at her home with her family by her side. Born in Troy, she was the daughter of Louis DeRusso Sr., and Lillian (Weisenforth) DeRusso. After spending her early childhood on College Ave., her family moved to Lansingburgh where she met, fell in love, and wed her husband, Anthony, in St. Augustine’s Church. Judy attended St. Francis de Sales Elementary School, and was a graduate of Catholic Central High School, Class of 1955. She spent her life devoted to her family, and selflessly giving her time and love to others, including working part-time as an LPN at Leonard Hospital. After her daughter’s passing at the age of 23, Judy was called to be a full-time caregiver, and went to Hudson Valley Community College where she earned her degree in 1985 and became a Registered Nurse. One of Judy’s main characteristics was her unique, emotional strength. Despite the passing of her mother at an early age, her daughter and father in the same month, her two younger siblings for whom she cared for in her late teens, and eventually her devoted husband of 56 years, she never laid down and gave up, but instead continued to give to those around her. Judy was an avid reader, enjoyed watching classic movies with her husband, knitting afghans, baby hats and sweaters to give away, and summer vacations in Cape Cod with her family. Her favorite times of the year were Autumn when the weather turned cooler as leaves began to fall and Halloween approached, and Christmas where the tree was always beautifully decorated as a family tradition, wrapping every gift meticulously with a ribbon and bow. After retiring from her passion as a supervising nurse at St. Mary’s Hospital for 21 years, Judy cherished time spent with her two grandchildren, helping raise them during summer breaks, and going on school shopping trips together. Her most treasured moments were always the time spent with her family, and simply sitting out on her screened porch sharing meals, conversation and laughter. As mentioned, Judy was predeceased by her daughter Elizabeth (Beth) Maloney-Magee (Max), her husband Anthony, her sister Darlene Mackey, and her brother Louis DeRusso Jr. Survivors include her son David Maloney (Carrie), her grandchildren Jory and Bethany Maloney, her son Matthew Maloney (Lisl), and many nieces and nephews. Her presence in her family’s lives will be heartbrokenly missed and her memory will always be one of love and generosity. A private memorial service will take place at Oakwood Cemetery.

Please feel free to express on-line Condolences by using that tab on this website.

To send flowers to the family or plant a tree in memory of Judith Maloney (DeRusso) , please visit Tribute Store

Look inside to read what others have shared
Family and friends are coming together online to create a special keepsake. Every memory left on the online obituary will be automatically included in this book.
View Tribute Book
Services for Judith Maloney (DeRusso)
There are no events scheduled. You can still show your support by sending flowers directly to the family, or planting a memorial tree in memory of Judith Maloney (DeRusso) .
Visit the Tribute Store

Share Your Memory of
Judith
Upload Your Memory View All Memories
Be the first to upload a memory!
Share A Memory
Send Flowers
Plant a Tree