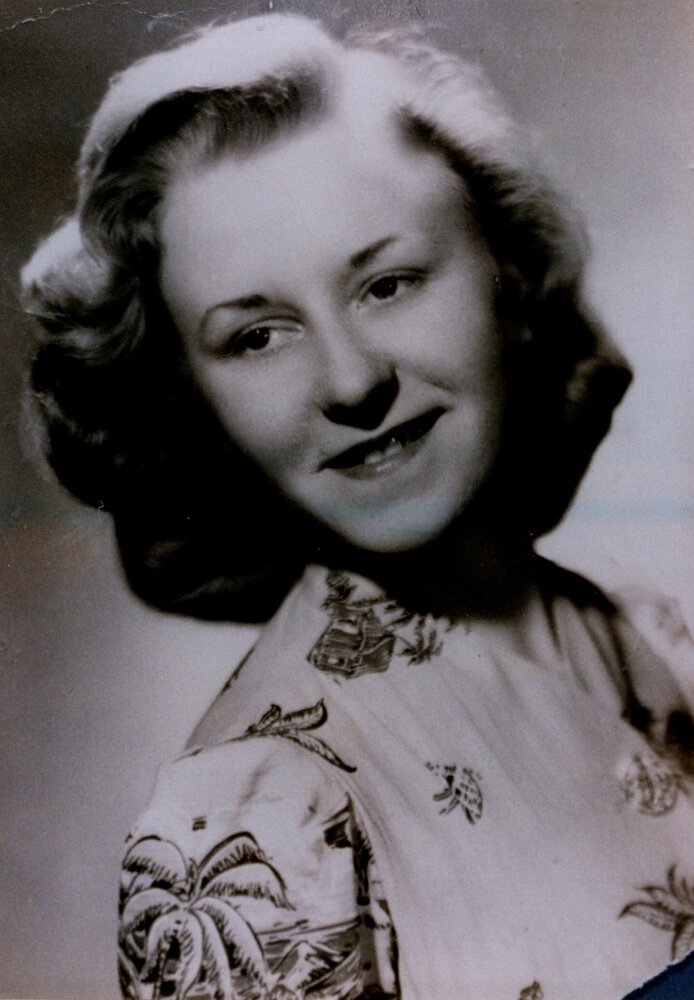 Please share a memory of June to include in a keepsake book for family and friends.
View Tribute Book

June Elizabeth Litchfield Hartko, 94, of Cohoes, NY (formerly of Brooklyn, NY) died on January 16, 2022. She was born on June 16, 1927 in Hayes, Middlesex, England and was the daughter of the late Arthur and Elizabeth Litchfield. During World War II, she caught the eye of American service man, John Joseph Hartko. They wed in England, and June traveled to her new home in America along with many other "War Brides" in 1946.

She was the devoted mother of Dr. William (Carolyn) Hartko of Hardy, VA; Doreen (John) Thomas of Cambridge, NY and Jennifer (Anthony) Lisi of Madison, CT. She is survived by her sister, Doreen Chapnick of Sebastopol, CA. Their brother David (Betty) Litchfield, of Hayes, Middlesex, England is deceased. June was a loving grandmother to Christopher Thomas, Sarah Millott, Mark Lisi and John Lisi, and "G.G." to her great-grandchildren Liam Millott and Aeryn Millott.

June had several jobs during her career as a clerical worker and office manager in Manhattan. Her last position was as a personal assistant with an office overlooking Central Park where she was at work when the attacks of 9-11 took place. Those events caused flashbacks to her time as a teenager during the blitz in London, and June told stories of having to pick her way around and over debris every morning to catch the bus into downtown London.

A graveside memorial followed by interment will be held on Monday, April 18, 2022 at 11:30 a.m. at the Long Island National Cemetery, Farmingdale, NY.

Please feel free to express your online Condolences by using that tab on this page.

To send flowers to the family or plant a tree in memory of June Hartko, please visit Tribute Store
Saturday
23
April

Share Your Memory of
June
Upload Your Memory View All Memories
Be the first to upload a memory!
Share A Memory
Send Flowers
Plant a Tree