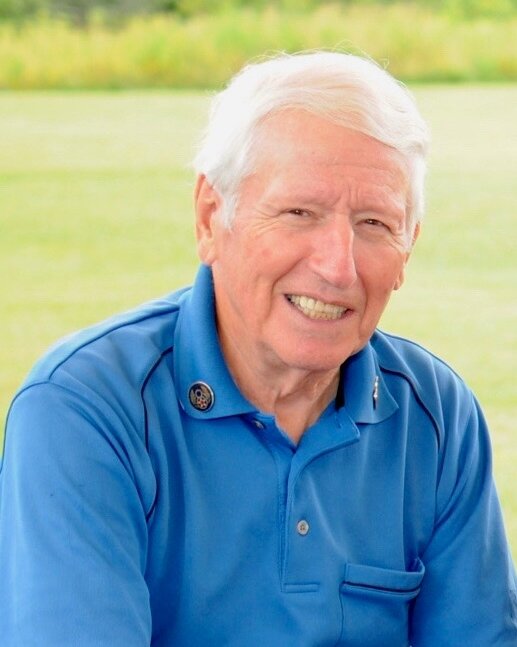 Please share a memory of John to include in a keepsake book for family and friends.
View Tribute Book

John N. Caufman, 81, of Clifton Park passed away peacefully on Wednesday Jan. 26, 2022 at the Wesley Health Care Center in Saratoga Springs.  He was born in Bellingham, WA on Jan. 5, 1941 and was the son of the late Walter and Carolyn Rule Caufman.  John was a graduate of Bellingham High School and Western Washington University in Bellingham where he received his bachelor’s in economics.  He was a Vietnam Era veteran having served from 1964-1968 with the United States Air Force, being honorably discharged as a captain.  He loved the game of golf, playing in leagues at Van Patten Golf Course in Clifton Park and various other courses.  John enjoyed playing hockey and led his youth hockey team to compete in a state championship tournament.  He was an exceptional artist who took great pride in creating and sharing his work.  In retirement, John enjoyed traveling with his wife and friends, and building upon his expertise related to world culture and history.

John is the beloved husband of Susan E. Branch Caufman, whom he married on Aug. 10, 1968.  He is the devoted father of Heather L. (Ryan) Mahoney of New Hartford, NY and the late Christopher J. Caufman; brother of the late Ronald Caufman; cherished grandfather of Colin Mahoney;  also survived by niece Catherine Henderson and nephew Scott Caufman.

Grave side services will be held at a later date in the Gerald BH Solomon Saratoga National Cemetery with full military honors.

Memorial contributions may be made to the City Mission of Schenectady, 425 Hamilton Street, Schenectady, NY 12305 and Community Hospice, 179 Lawrence Street, Saratoga Springs, 12866.

To send flowers to the family or plant a tree in memory of John Caufman, please visit Tribute Store

A Memorial Tree was planted for John
We are deeply sorry for your loss ~ the staff at Gordon C. Emerick ​Funeral Home
Join in honoring their life - plant a memorial tree
Services for John Caufman
There are no events scheduled. You can still show your support by sending flowers directly to the family, or planting a memorial tree in memory of John Caufman.
Visit the Tribute Store

Share Your Memory of
John
Upload Your Memory View All Memories
Be the first to upload a memory!
Share A Memory
Send Flowers
Plant a Tree