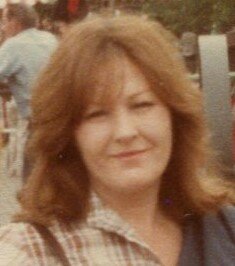 Obituary of Barbara A. Caracciolo

Please share a memory of Barbara to include in a keepsake book for family and friends.
View Tribute Book

Barbara A. Caracciolo, 79, of Boyack Road,  passed away peacefully on Wednesday March 23, 2022 at Ellis Hospital after a long illness.  She was born on April 10, 1942 in Cohoes, NY and was the daughter of the late Walter and Mildred Bufford Pacyga.  She was a graduate of Keveny Memorial Academy and was the beloved wife of the late Joseph Caracciolo.  Barbara traveled the United States with her husband as he was a career diver for the United States Navy.  She had been an insurance broker, office worker and home health aide.   Barbara loved to cook, travel and was an avid reader.  She was a communicant of St. Edward the Confessor Church in Clifton Park.

She is the devoted sister of Walter C. Pacyga of Rochester, Mary A. Abbott of Latham, Michael A. Pacyga of Clifton Park and the late Suzanne Esposito; dear aunt of Thomas, Marybeth and Kathleen Abbott, Robert and Deanna Esposito; great aunt of Lauren, Christian, Maia and Briana.

To send flowers to the family or plant a tree in memory of Barbara Caracciolo, please visit Tribute Store
Tuesday
29
March

Share Your Memory of
Barbara
Upload Your Memory View All Memories
Be the first to upload a memory!
Share A Memory
Send Flowers
Plant a Tree