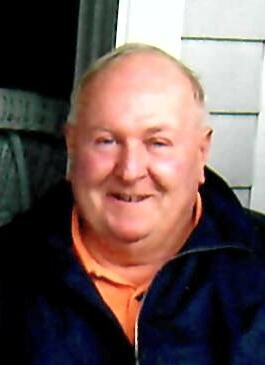 Born on October 1, 1940 in Troy, NY, he was the third son of the late John “Sha” and Bessie Weaver. Dick was predeceased by his daughter, Tara K. Weaver. Her fatal accident in 1999, led him to retreat to Myrtle Beach, SC for six months every year. Dick always said that he found paradise at the Grande Shores Resort thanks to Tara, his guardian angel.

A 1958 graduate of Troy High School, Dick lettered in varsity football and golf. He was an avid golfer and was very proud of his seven career holes-in-one, recording each ace in every decade from his teens to his seventies. He loved horse racing, patiently waiting for the late money to come in, and barely getting his bet in seconds before post time. He followed politics and was a frequent anonymous call in guest of The Paul Vandenburg Radio Show. Paul affectionately dubbed him as “The Pipeline,” until Dick quickly revealed his full name seconds later in divulging his own identity. In 1960, Dick won the WPTR Twist Dance contest and went on to place fourth at the national competition held in NYC.

Dick retired from Corcraft in Menands. Previously, he was an Administrator and Custodian of Records at the Board of Elections in Rensselaer County. He always spoke fondly of managing the Bowler’s Club in Latham for his late friend Morris Cramer.

Dickie is survived by his son: Scott Weaver of Watervliet and his grandson Alex. He is the brother of John C. Weaver (late Anne), Thomas F. Weaver (late Barbara), Robert (Kristine) Weaver, Donald Weaver (Patricia DeMassio), Nancy Boardman, Judith (William) Parker, Gerald (Carole) Weaver, Lawrence (Dorothy) Weaver, and Patricia (Philip) Lipscomb; and uncle of several nieces and nephews, whom he adored and loved dearly. They meant everything to him. The family would like to thank the 6th floor staff of Samaritan Hospital for the compassionate care shown to Dickie during his stay.

Relatives and friends are invited to Calling Hours from 10:00 a.m. to 11:55 a.m. on Thursday, April 21, 2022 and to his Mass of Christian Burial which follows at Noon all at Our Lady of Victory Church, 55 North Lake Avenue, Troy, NY 12180. The Visitation and Mass will be livestreamed beginning at 10:00 a.m. Thursday by joining Zoom Meeting

In lieu of flowers, donations to the Weaver Family Scholarship at Siena College, 515 Loudon Road, Loudonville, NY 12211-1462 in Richard’s memory would be greatly appreciated.

Please feel free to view the Memorial Video or to express your on-line Condolences by using those tabs on this page.

Share Your Memory of
Richard
Upload Your Memory View All Memories
Be the first to upload a memory!
Share A Memory