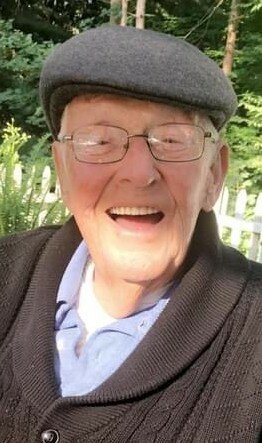 Obituary of Robert A. Rokjer

Please share a memory of Robert to include in a keepsake book for family and friends.
View Tribute Book

Robert A. Rokjer, 94, of Seventh Avenue, Lansingburgh, peacefully entered into eternal life, surrounded by his family on Sunday, June 26, 2022.

Born in Troy, he was the son of the late Andrew and Elsie Dunson Rokjer and the beloved husband of Dorothy A. "Dottie" Rokjer, his high school sweetheart with whom he celebrated their 67th Anniversary on September 15, 2013 and passed away on October 19, 2013. He was a graduate of Lansingburgh High School and Hudson Valley Vocational School.  Mr. Rokjer was a U.S. Navy veteran having served during World War II.

Mr. Rokjer retired after a dedicated career of over 30 years from the Benet Labs at the Watervliet Arsenal where he had been a Draftsman.

He was very active socially and as a volunteer in his community. He was active with his wife in the Republican Club in Lansingburgh, was a Scout Master for Cub Scout Troop 11, Pack 6 at the former First Presbyterian Church in Lansingburgh and was the recipient of The Silver Beaver Award, the highest honor one can have bestowed upon them, a member of the Ravena Coeymans Yacht Club in Ravena, was a founding member who started the Kaydeross Sailboat Club at Saratoga Lake and was a man of strong faith. He was a member of the Cornerstone Community Church (formerly First Presbyterian Church) in Lansingburgh and had also attended Mass at St. Augustine's Church in Lansingburgh.

Relatives and friends are invited to visitation on Wednesday, October 5, 2022 from 11:00 a.m. to 12:00 Noon and to the Memorial Service at Noon in the John J. Sanvidge Funeral Home, Inc., 565 Fourth Avenue (corner of 115th St. and Fourth Avenue in Lansingburgh) Troy, NY 12182, followed by inurnment with military honors in the Gerald B.H. Solomon Saratoga National Cemetery in Schuylerville at 1:30 p.m.

Please feel free to express your on-line Condolences by using that tab on this website.

To send flowers to the family or plant a tree in memory of Robert Rokjer, please visit Tribute Store
Wednesday
5
October

Share Your Memory of
Robert
Upload Your Memory View All Memories
Be the first to upload a memory!
Share A Memory
Send Flowers
Plant a Tree