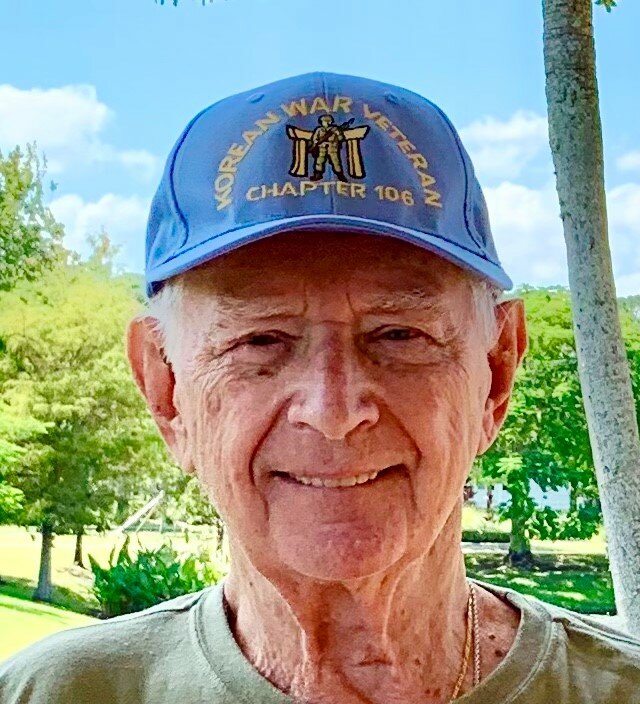 Please share a memory of William to include in a keepsake book for family and friends.
View Tribute Book

William H. Bunker, 92 of The Cabana’s at Jensen Dunes in Jensen Beach, Fl. and former
Rexford resident, passed away on Saturday July 23, 2022 at his residence. William was
born in Brooklyn, NY on June 21, 1930 and was the son of the late Howard and
Catherine Kaiser Bunker. He was a graduate of Pratt Institute and lived in Queens until
2015 when he moved to Rexford. He was the beloved husband of the late June M. Purcell
Bunker who passed away on March 17, 2017. He was an Army veteran who served
honorably from 1951 – 1953 during the Korean Conflict. William had been a Display
Production Graphic Manager for JC Penney in Manhattan for over 35 years. He was a
dedicated Mets fan which lead to his move to Florida in 2019 to be near Mets Spring
Training. He was recently honored at a St. Lucie Mets charity event where he lead the 5 th
inning stretch in singing “Take me out to the Ballgame”.

He is the devoted father of June Dawn Thorpe (Darrin) of Port St. Lucie, FL; cherished
grandfather of Samantha Boras of Scotia and Spencer Boras of Albany and step-
grandfather of Jacob and Kyle Thorpe of Loudonville, NY

A military service will be planned for September at Saratoga National Cemetery.

To send flowers to the family or plant a tree in memory of William Bunker, please visit Tribute Store

A Memorial Tree was planted for William
We are deeply sorry for your loss ~ the staff at Gordon C. Emerick ​Funeral Home
Join in honoring their life - plant a memorial tree
Online Memory & Photo Sharing Event
Online Event
About this Event

Look inside to read what others have shared
Family and friends are coming together online to create a special keepsake. Every memory left on the online obituary will be automatically included in this book.
View Tribute Book
Services for William Bunker
There are no events scheduled. You can still show your support by sending flowers directly to the family, or planting a memorial tree in memory of William Bunker.
Visit the Tribute Store

Share Your Memory of
William
Upload Your Memory View All Memories
Be the first to upload a memory!
Share A Memory
Send Flowers
Plant a Tree