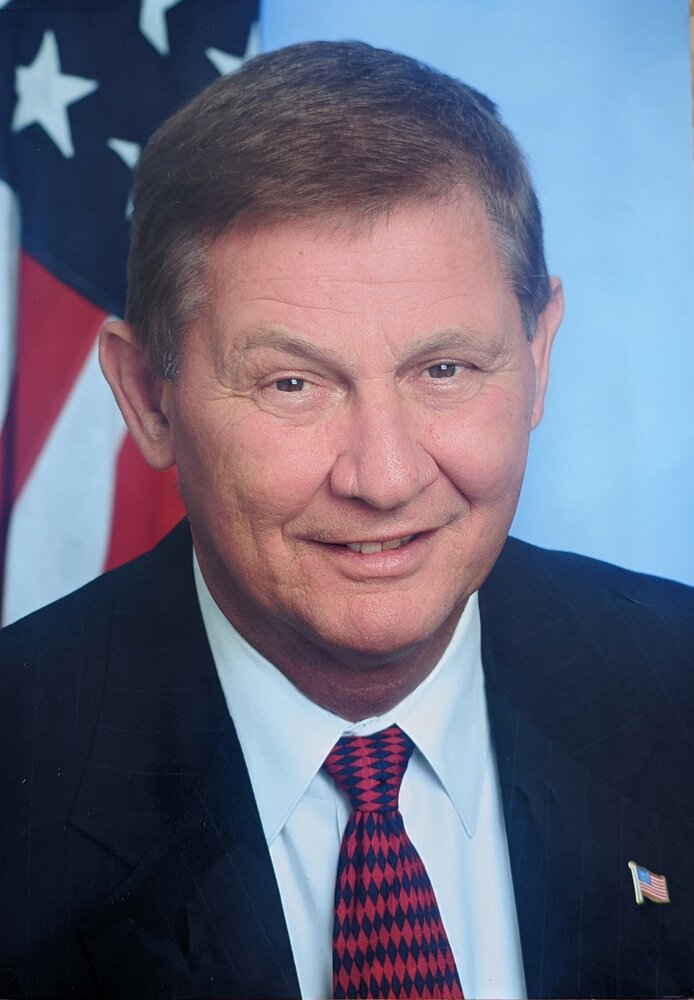 Please share a memory of Pat to include in a keepsake book for family and friends.
View Tribute Book

Pat was born in North Adams, MA to the late Frank Casale and Margaret Amlaw Casale. Pat grew up in Troy and graduated from LaSalle Institute in 1953. Pat served in the U.S. Army and was deployed to the Korean Conflict. Upon his return home, Pat married the love of his life, Mary Soldani. Pat worked as a butcher at the A&P to put himself through college at Hudson Valley Community College. He also worked at Nabisco Foods, Service Liquor and Wine Merchants as a salesman.

Pat later joined the Young Republican Club and then became a Committeeman. He then began his political career as a member of the Troy City Council, where he spearheaded the committee to erect Troy’s famous Uncle Sam monument and was one of the founders of Troy’s Flag Day Parade. Pat went on to become the Mayor of the City of Troy, the Rensselaer County Clerk, and a New York State Assemblyman, serving the 108th District, which included most of Rensselaer County and the towns of Waterford and Halfmoon and the City of Mechanicville. After redistricting, Pat also served the people of Albany, Greene and Columbia Counties. Pat was a bipartisan public servant who often crossed party lines to serve the best interests of his constituents. Some of his accolades include the Uncle Sam Citizen of the Year Award, the LaSalle Institute Distinguished Alumni Award, the Brunswick Lincoln Award, the Father Flanagan Award, and the Lansingburgh Boys & Girls Club’s Frank P. Kennedy Award.

Pat opened Pat Casale’s Wine and Liquor in the 1980’s, which specialized in domestic and international wines. His customers there became lifelong friends.

Pat loved to travel and see the world. He and Mary took trips across the continental United States, Hawaii and Europe. He especially loved to travel to Italy. He received the honor of a lifetime when he met Pope John Paul II in 1996 on a trip with the New York State Italian American Legislators. Pat and Mary spent their winters in their beloved Naples, FL.

Pat was the salt of the earth. He will be remembered as a man of integrity and a gentleman; a classy, loving, genuine, humble and faithful man. He was a communicant of Transfiguration Parish. Pat was a dedicated

Life-Member of the Halfmoon American Legion Post #1450, Troy Knights of Columbus and the BPOE Elks #141 Troy and Brunswick #2556.

Pat’s family and all who knew him will miss him dearly. The family wishes to thank Pat’s cherished caregivers, Audrey Coleman and Micki Landry.

The committal service with military honors will be held in St., Mary’s Cemetery, Troy.

In lieu of flowers, we invite you to donate to the International Rett Syndrome Foundation (online at https://www.rettsyndrome.org/get-involved/donate/donate-now/ in memory of Pat and in honor of his adored great-grandson, Barrett Otis.

Please view Pat’s Memorial Video and offer your on-line Condolences by using those tabs on this website.

Share Your Memory of
Pat
Upload Your Memory View All Memories
Be the first to upload a memory!
Share A Memory