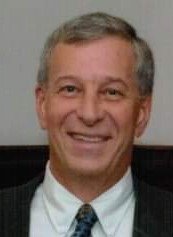 Paul F. Ruzicka, 68, died Tuesday Oct. 29, 2019 at Schuyler Ridge Residential Health Care Center after a long Illness.  He was the son of Marilyn Luders Ruzicka of Clifton Park and the late Jerry Ruzicka.  Paul grew up in New Hyde Park, Long Island.  He earned his Bachelor of Business Administration at Pace University, New York City, continuing at Pace’s Lubin Graduate School of Business, majoring in Finance and receiving his MBA in Finance.  He earned a second master’s degree from Iona College in Management Information Systems.  Paul was self-employed as a Certified Financial Planner, under the umbrella of Securities Service Network.

He moved to Clifton Park in 1988, and lived in Saratoga County for the rest of his life.  Whatever he did, he excelled at it.  He was a volunteer firefighter wherever he lived.  Over a period of 40 years he answered over 4,500 alarms; he rose to the rank of Captain.  He was a First Responder, and an EMT.  He loved Great Sacandaga Lake and he belonged to the Sacandaga Boating Club for many years, and was First Vice Commodore for two year terms.  Paul was active in Bethesda Episcopal Church in Saratoga Springs.  He was on the Vestry, and served at the Altar as Thurifer, or on any position required as an Acolyte.

Survivors include his loving mother, Marilyn K. Ruzicka, his beloved son, Jay Paul (Jacqueline) Ruzicka and his dear fiance Cynthia Morvillo; he is also the cherished grandfather of Emma Ruzicka.

Funeral service will be held on Saturday at 11:00 am at Bethesda Episcopal Church in Saratoga Springs, NY.

Interment will be in All Saints Episcopal Cemetery in Great Neck Long Island.

Memorial contributions may be made to the Jonesville Fire Dept. or the Mohawk Hudson Human Society in Paul’s name.

To send flowers to the family or plant a tree in memory of Paul Ruzicka, please visit Tribute Store
Friday
1
November

Share Your Memory of
Paul
Upload Your Memory View All Memories
Be the first to upload a memory!
Share A Memory
Send Flowers